You can't get a haircut on Amazon!' Beauty businesses are saving the high street, experts say - Stylebook
< Back to Gossip

You can’t get a haircut on Amazon!’ Beauty businesses are saving the high street, experts say 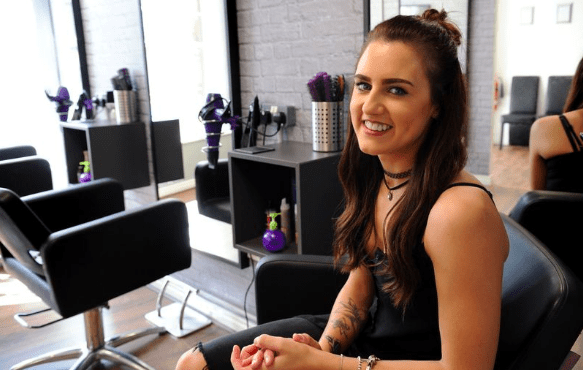 Beauty businesses are saving the high street – or so say the statistics.

Dozens of new companies are opening up on Teesside every year, replacing shops, banks and pubs which have struggled since the economic crash in 2008.

And one successful salon boss puts the rise down to one simple thing: “You can’t get a haircut on Amazon!”

Michael Convey, who moved set up a hair and beauty salon at 20 in Eston, took over a four-storey Georgian building in Stokesley a year ago.

The 29-year-old said retail’s drift online did not affect his industry – and that many people were attracted to being their own boss.

He said: “A lot of people want to be self employed, and work for themselves – but I think some don’t know how hard it can be!

“I actually waited two years for my building as Stokesley is one of those places, like Yarm, where the high street is thriving. But it’s great to hear that more and more shops are opening.”

Altogether, there are 120 more beauty salons across Teesside than there was in 2010.

It comes as many familiar high street names have disappeared over recent months.

Toys “R” Us, Maplins and Poundworld have shut, while big brands such as House of Fraser, Mothercare and New Look are closing stores.

While retailers are being hit by the shift to online shopping, businesses that provide services are proving more resilient.

An independent review of the high street in July found traditional anchors of many town centres have been closing hundreds of outlets – in the case of banks nearly 2,500 – but firms that offer services are thriving.

The report’s author, former boss of Iceland and Wickes Bill Grimsey, explained: “Nail bars, hairdressers, even spas on the high street are experiential, so they are growing.

“They are taking on some of the commercial space that is vacant. It is growing at the moment, and with more and more opening across the country it is yet to reach a consolidation point.”